FIGHTING BACK THE FRIGHT 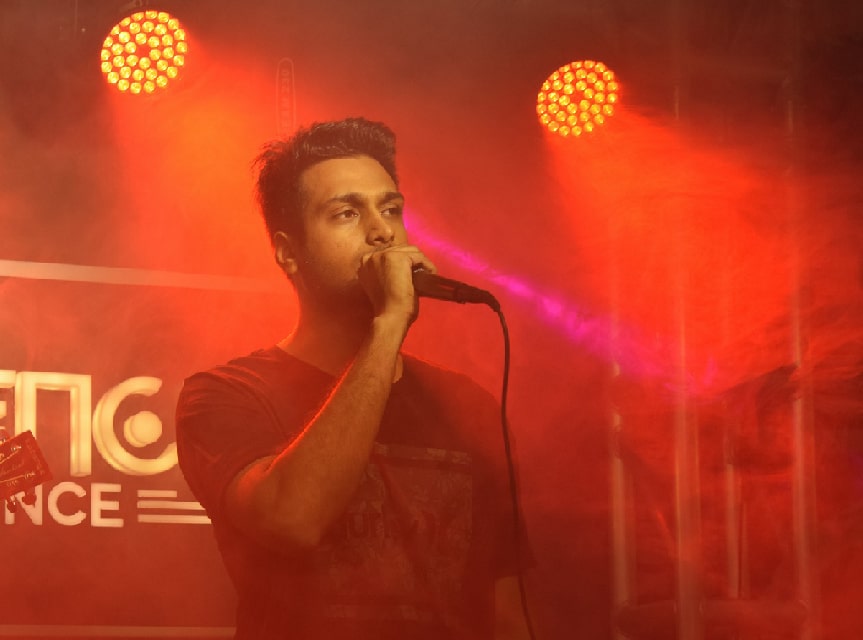 A Platform For Budding Musicians

Kadence, having been established at the time, was looking to gain more footfall into its stores, especially in Bangalore. While sales where one of the reasons to attract more customers, the brand was also looking for a more personal way to attract and engage with its audiences. Hence, the concept of an Open Mic was discussed. The idea was to invite budding artists and musicians alike to drop by the Kadence Store on a given day to perform their favorite songs and furthermore, enjoy the experience with like minded individuals. The event would also be free and anyone was welcome. 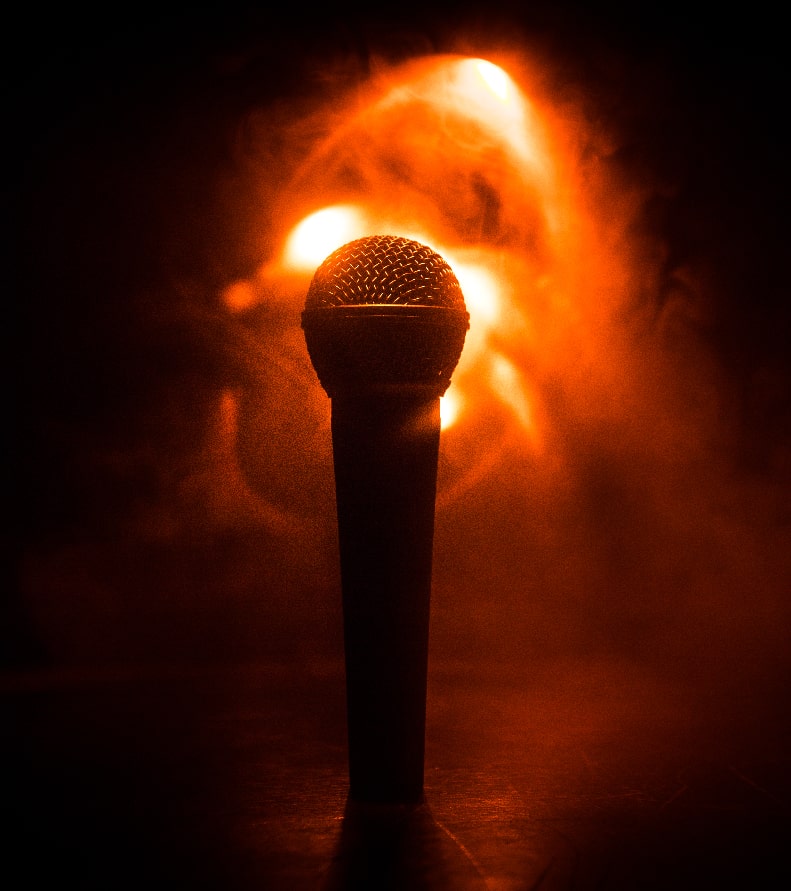 Halloween is always seen as a day (or night) in which one can embrace the thriller in them by going about scaring others in the process. It’s seen as a commemorative day worldwide that looks to bring out the fright in others albeit in a mild and fun manner. When conceptualizing a campaign for the client, the idea was to put a more positive spin on the term “fright”. We understood that when it came to performing, whether in front of a camera or a live audience, performers usually go through stage fright. A trait that can be so severe, it even prevents those from performing on stage as a result.

The facets were eventually made clear here when it came to building the idea. The first was to incorporate the theme of Halloween, the second was the sentiments of stage fright and the third was to establish Kadence’s Open Mic Platform. We’d decided that the best way to promote these was to incorporate them into a video (which is far more engaging than your average page post). Hence, the video would therefore highlight these points taking into consideration a more humorous and promotional tone overall while addressing these head-on.

It’s no secret that video content works far better than static posts or GIFs for that matter. In terms of executing the campaign, we’d decided to push through with a video to promote the idea of the open mic sessions. Taking into consideration the norms of halloween, the video provided for a great platform to highlight the idea of frights and how it could be linked back to music and performances. This could be achieved in a style incorporating a direct approach while also considering light humour. In terms of artistic direction, we did take cues from video promotions from Trivago who are notorious for their ads being very direct and by some, annoying (They serve the purpose and hence provide greater levels of retention albeit). The ad would also be considered for all forms of social media. 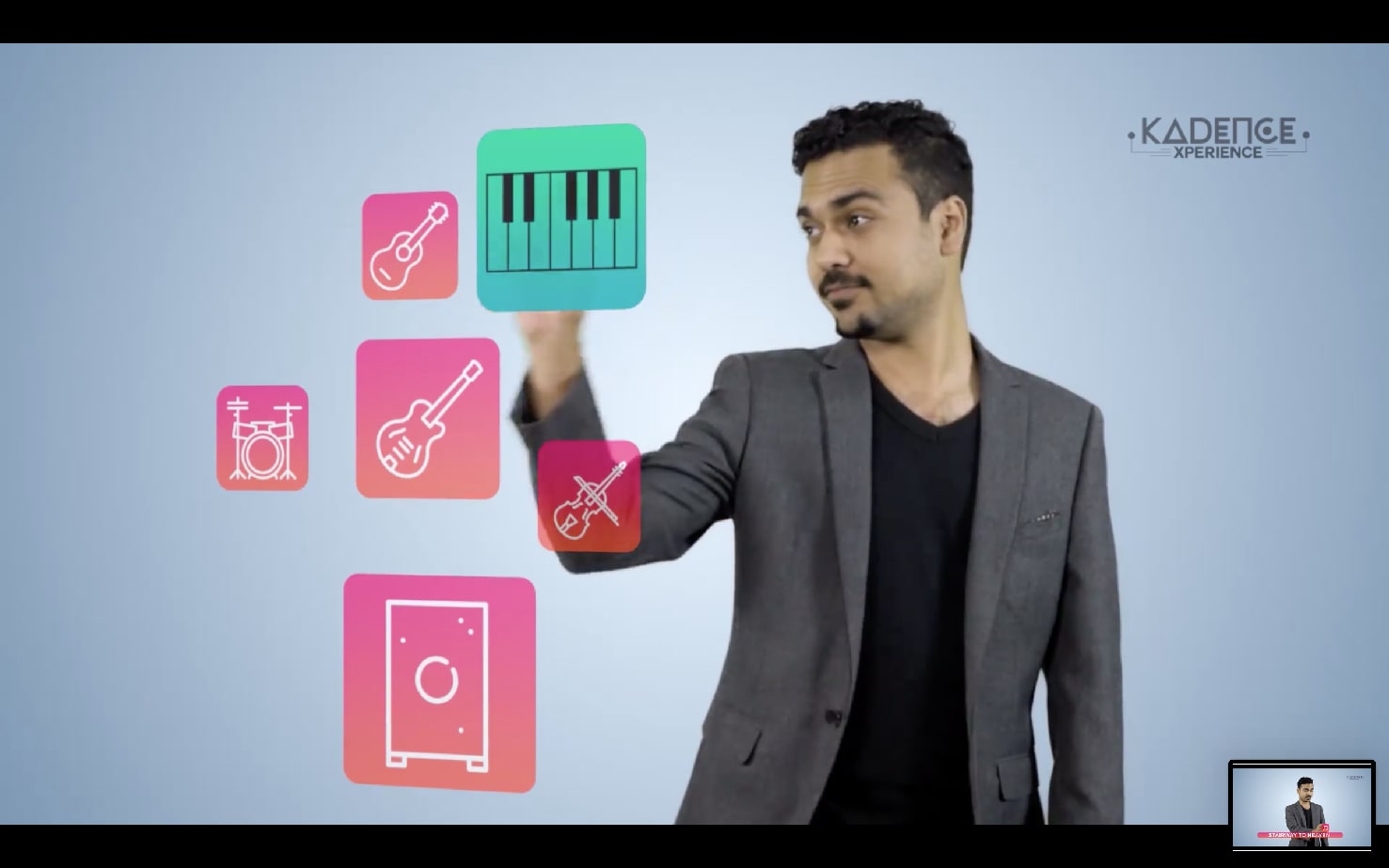 Titled, #FighttheFright , the video was aimed at budding musicians and those with a passion for music to drop by the Kadence Xperience store for its open mic sessions. It highlighted the different reasons a normal person would feel the need to perform on stage, to impress someoneelse or just stand out. It’d also incorporated a narrative style similar to that of Trivago as mentioned earlier, but with its own flair by combining humour with actual situations that are relatable to the audience. 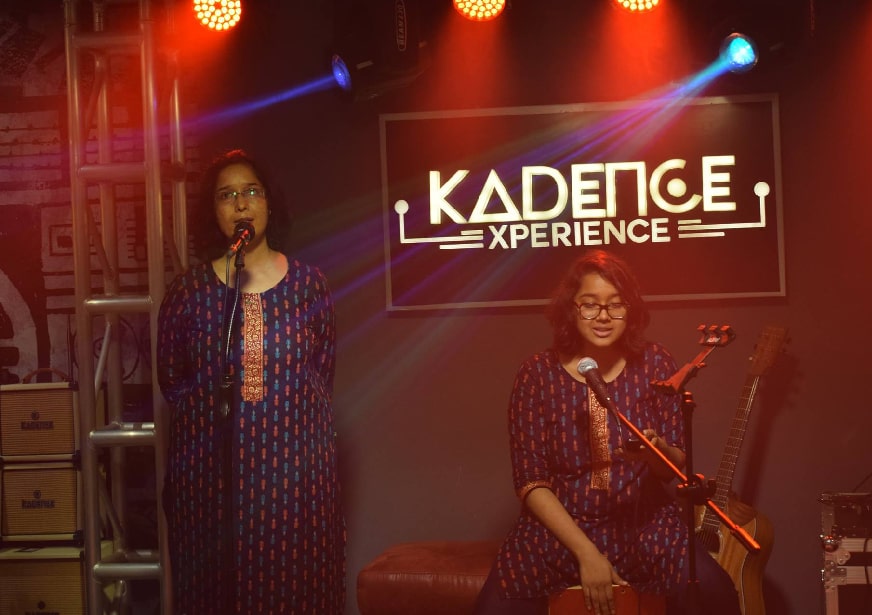 The campaign was intended to appeal to the sentiments of the audience by appealing to their notions of lacking the confidence to stand on a stage and perform in front of an audience. While stage fright is a real issue for many, it didn’t seek to directly address the issue head on but instead, highlight a variety of reasons why many would seek to perform on a stage. The idea here was to use a more humorous approach in an attempt to motivate its audience to attend the open mic sessions at the store. The concept of Halloween only sought to reinforce that notion as it added a quirky twist on the idea of frights.

More Than
Your Average Store

Comments and reactions towards the promotion have been widely positive. Many praised the concept while others with a keen eye, were quick to call out the resemblance with Trivago ads. This was the intended purpose as well. Many liked the video with a considerable amount also showing sentiment for the humour involved (This was at the end of the day, intended to take a lighter approach as compared to Trivago).

Within it all, was also an attempt to establish the brand of Kadence as something more than just your average music store, something that could be an extension of every aspiring musician.It succeeded in these attempts to promote the Kadence Xperience store as it started seeing more footfall after it went live. 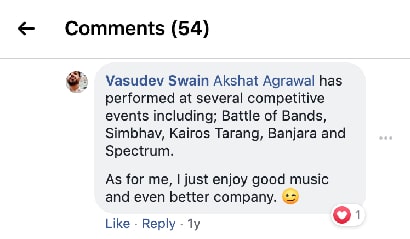 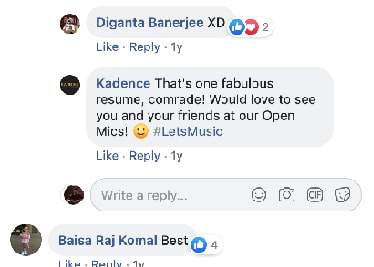 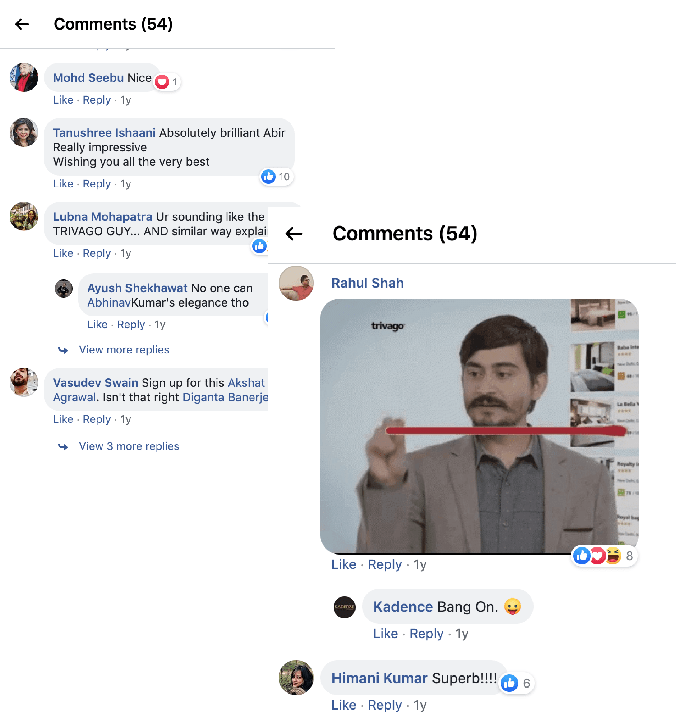 For a campaign that was primarily digital and had nothing else to it, it was quite successful in its regard. These were the results achieved through our digital initiatives:

The video received over 45,000+ clicks to play while also obtaining over 7000+ engagements in totality.

The overall engagement rate for the video also accounted for around 33% which was significantly high.

It was a great experience overall when it came to positively reinforcing the idea of fright. Every musician, whether professional or ametuer, wants to be heard at some point. Establishing the Kadence stores as something more than just a seller of products, but actually a platform for such musicians to come by and perform (for free too) proved to be a win-win for both the brand and its audience.